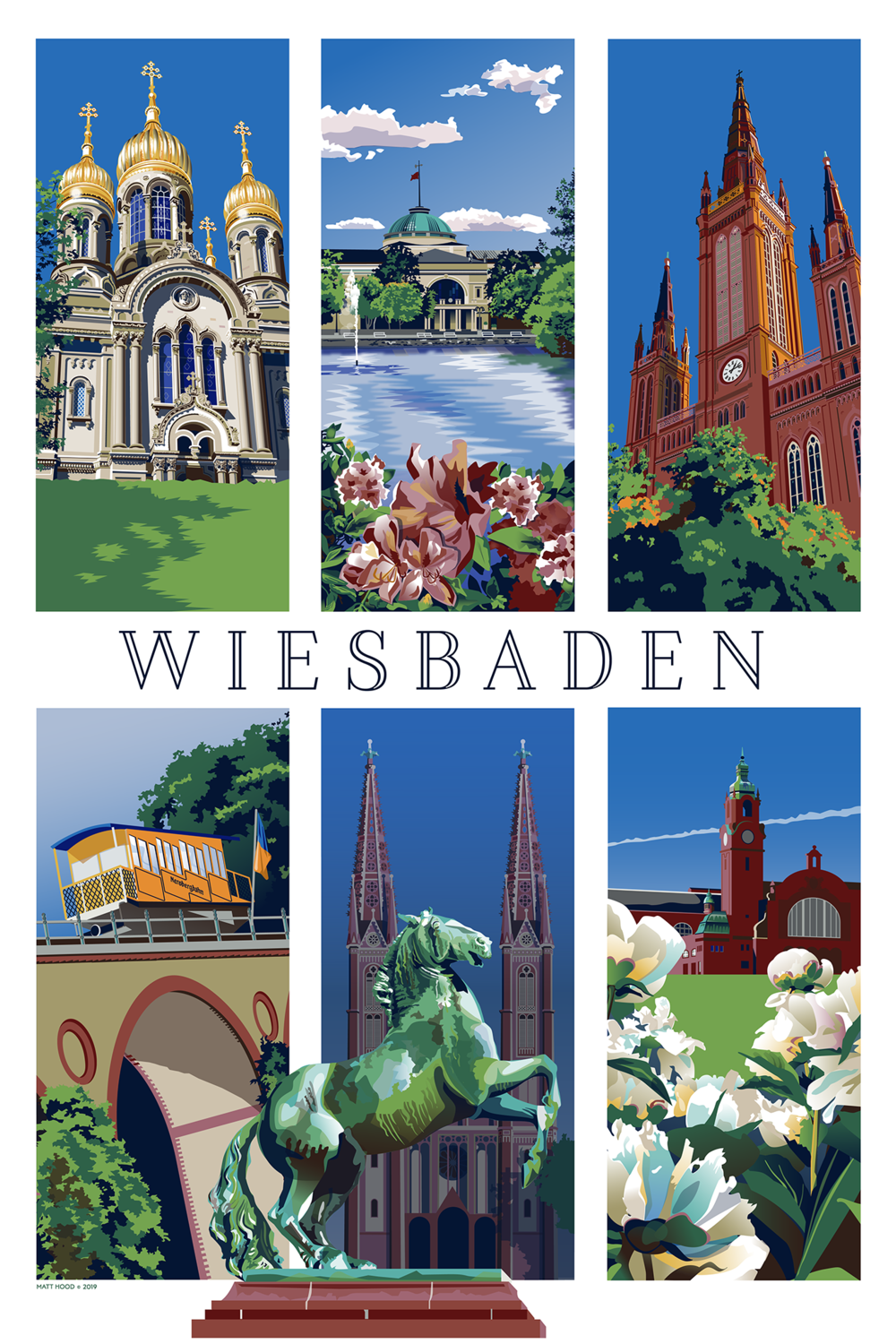 This original poster by Matt Hood was months in the making and has become a sought-after souvenir among the lucky Americans who have gotten to – at least briefly – call Wiesbaden home.

All prints are locally printed and then hand signed and individually numbered. No two are the same.

This vertical version of the poster features six separate views of our gorgeous spa town. Clockwise from top left, the Russian Orthodox Church — known locally as the Griechische Kapelle — stands sentinel in the hills north of the town. The Kurhaus has drawn generations worth of visitors to its calming and rejuvenating parkland setting. The imposing Marktkirche, which survived Allied bombing in WWII, is center stage in Wiesbaden’s main square. One of main gateways to Wiesbaden, the Hauptbahnhof stands amid verdant settings. Luisenplatz is home to the city’s oldest Catholic Church, St. Bonifatius and an equestrian statue that honors those how died fighting Napoleon. And finally, the classical 19th-century Nerobergbahn funicular still takes visitors up to the heights of Neroberg for impressive views of all of Wiesbaden.

Save this product for later